Hybridization is defined as the mixture of two different molecular orbitals to form a new orbital/hybrid having different energy and shape.

It is done by intermixing one ‘s’ and one ‘p’ orbital. Finally, originated hybrid has an energy of two different orbitals and hybrid is called a Sp hybrid and the process is known as hybridization.

The formation of sp2 hybridization occurs when carbon has 3 groups are attached to it. It involves 67% of p orbital and 33% of s orbital to produce a hybrid. 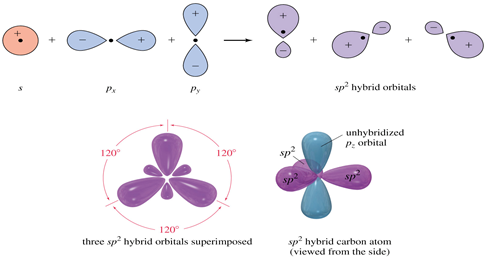 These are having a shape like a triangle as three corners are at an angle of 1200. It requires a two-sigma bond and one pi bond. An example is an ethylene.

It occurs when carbon has four groups attached with it where s character is only 25% and p contains almost 75% of the portion of a hybrid.

It has a tetrahedral shape which is found at an angle of 109.280. One such example is methane. 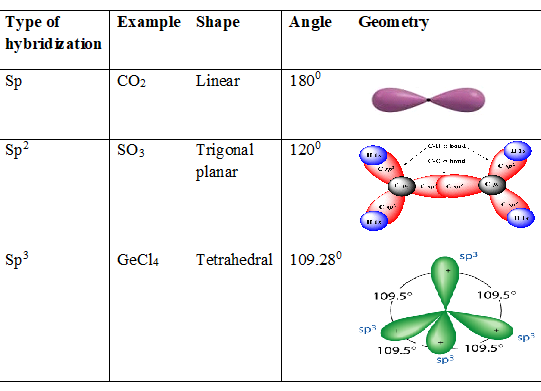