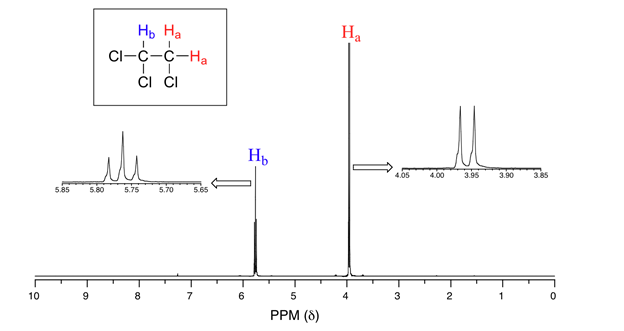 In NMR, the electric field is applied to the sample and the nearby proton aligned themselves in the same or different manner to the applied field. Splitting only happens between those protons of the same carbon which are not chemically equal to each other. Two magnetic fields felt by the proton due to which proton absorbs at two frequencies that lead to dissociation into two signals in NMR.

Splitting takes place in some specific pattern and some rules are there for splitting: