Hell-Volhard-Zelinsky reaction is the substitution organic reaction which forms alpha halo carboxylic acid from a carboxylic acid having alpha hydrogen in presence of phosphorous halide or phosphorous as a catalyst. The reaction has been named after 3 chemists who discovered this reaction in a period of 1881-1887. The three chemists were Carl Magnus von Hell, Jacob Volhard, Nikolay Zelinsky. 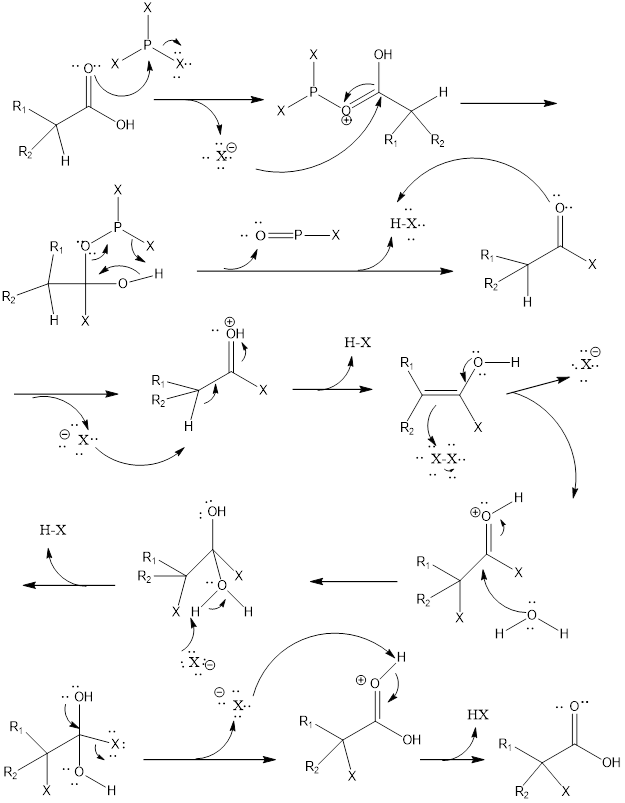