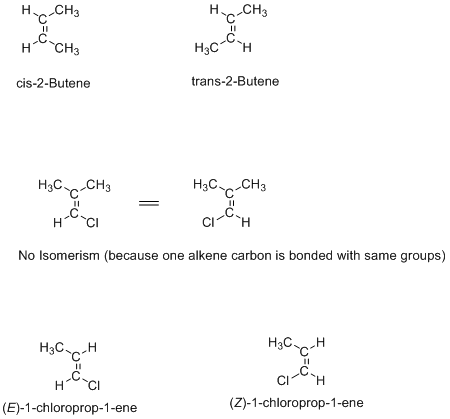 Geometric isomerism is shown by alkenes and cyclic compounds where rotation around the bond is not possible. These are normally defined as cis/trans or E/Z isomers.

Examples are given below: