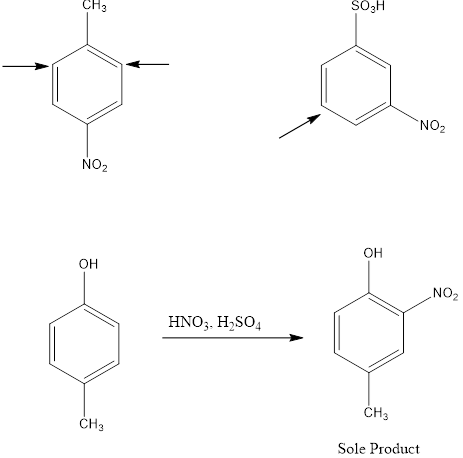 Disubstituted benzenes have two substituents on the ring which makes the orientation of incoming electrophile more complicated. There are two possibilities; one is when the two substituents are located in such a way that one reinforces the other and on the other hand the directive effect of one group opposes that of the other. In such cases, strongly activating groups dominate over deactivating or weakly activating groups. 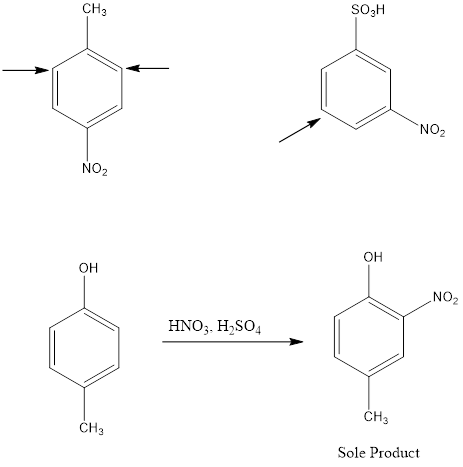