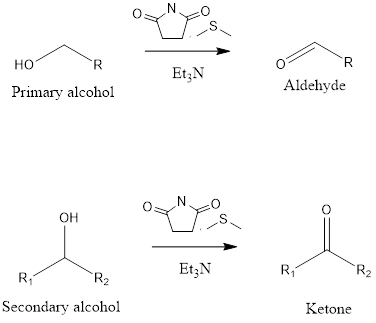 It is an organic reaction to form aldehydes and ketones from primary and secondary alcohol. The reaction takes place in presence of N-chlorosuccinimide(NCS), dimethylsulfide(DMS) and triethylamine(TEA). The oxidation reaction was discovered by Nobel laureate Eliar James Corey, American chemist and Choung Un Kim, Korean American chemist in the year 1972.

In the mechanism of this reaction firstly the DMS and NCS are reacted to form Corey-Kim reagent i.e. S, S-dimethylsuccimido-sulfonium chloride. The formed Corey-Kim reagent is attacked upon by oxygen in alcohol, resulting in the formation of S-O bond.

Then deprotonation of one of the methyl group occurs due to the addition of TEA leading to the formation of zwitterionic species, then finally end product is formed involving rearrangement and release of DMS gas. 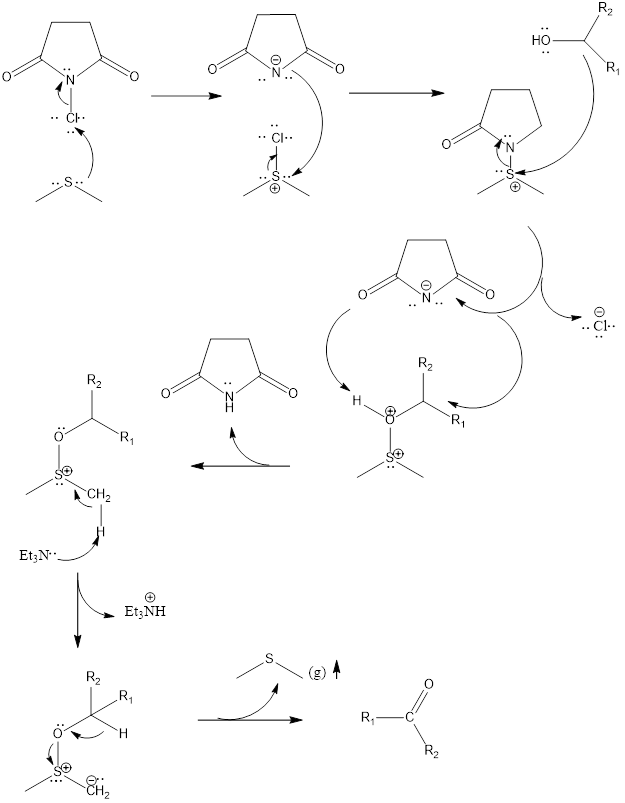