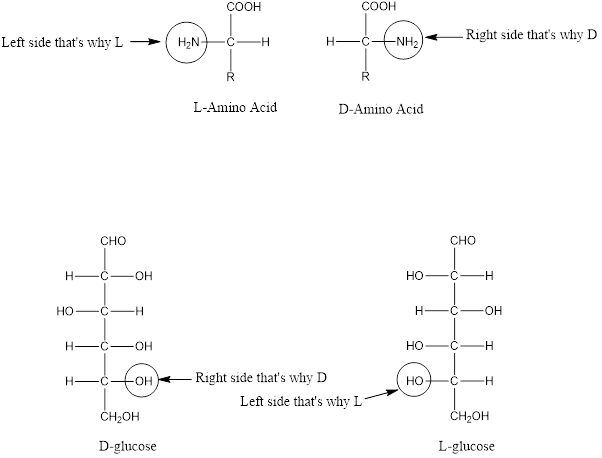 Capital “D” and “L” notations has no connection with small “d” (dextro) and “l” (levo) notation which are used to represents dextrorotatory and levorotatory compounds in organic chemistry. 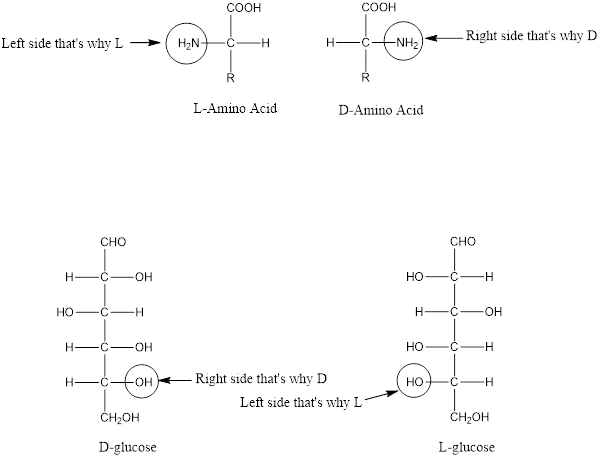