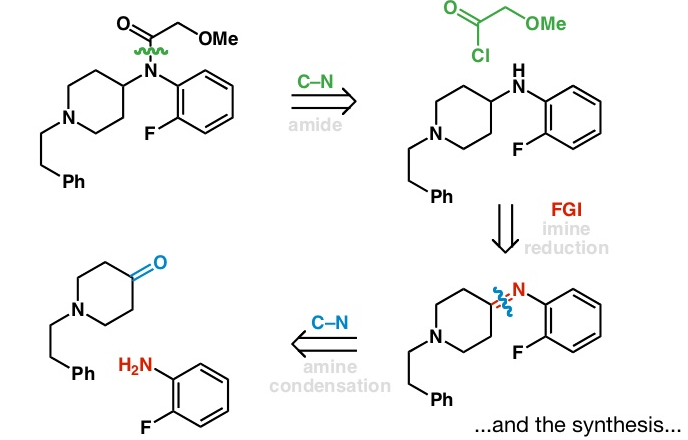 It is an analytical technique used in which the deconstruction or fragmentation of targeted organic molecule is done to produce starting material, generally called as “synthon”.

It involves some terminologies such as:

Disconnection which means the breakdown of bonds between atoms.

Reagents are those moieties utilized in chemical synthesis.

Synthon ion or radical formed after a disconnection.

FGI or FGE was written as a double arrow, Functional group interconnection, or equivalence.