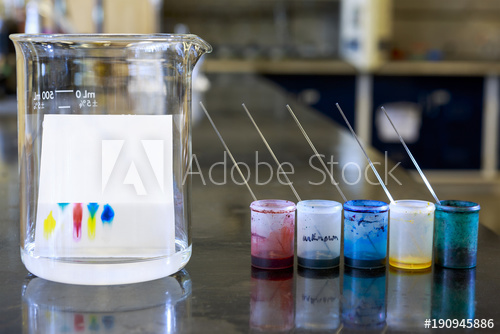 TLC is thin layer chromatography which is found to be the best and easy method of separation of compounds present in the sample. To detect the purity of the sample and quantity it is one of the reliable methods. It consists of a mobile phase that can be solvent, a stationary phase that can be solid like silica. Assembly is set by coating a glass plate with adsorbent and place in the mobile phase to run and then the solvent front is marked.

The basic principle of TLC is adsorption and partition. It is also known as drop, surface, strip, and spread chromatography.

Michael Tswett developed this technique during the 1900s. That is he is known as the father of chromatography. In 1938, its basic principle was described by Izmailov and Shraiber then they used it separating plant extracts. In 1944, three scientists Gorden, Martin, and Consden used filter paper to get amino acid separated.