Alkenes show the geometric isomerism which is denoted by E/Z-isomers. These differ in the orientation of different atoms or substituents across the double bond. They are also referred as stereoisomer particularly diastereomers. For example, 2-butene has two geometric isomers. They also differ in physical properties.

The prefix “Cis” or “Z” comes from Latin word which means “on this side” whereas “Trans” or “E” means “across”. 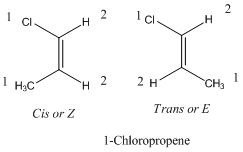 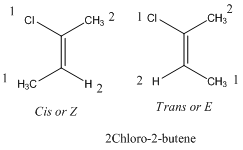