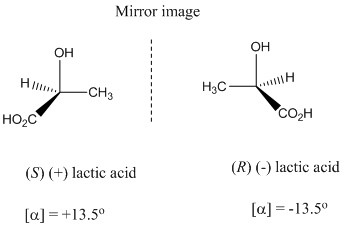 A molecule with one asymmetric carbon shows two enantiomers which are mirror image of each other and non-superimposable.

Stereoisomers with two or more chiral carbons that are neither mirror image nor superimposable are called diastereomers which differ not only in optical activity but also have different physical properties.